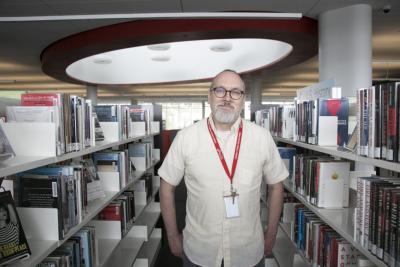 Cedar Rapids Public Library Services Navigator Wes Shirley said the best part of his job is also the most challenging – helping people on their hardest days.

“Being there for somebody when they’re at their lowest is hard, but it’s also the most rewarding thing,” he said. “Sometimes we’re giving people a little bit of hope when they don’t see it.”

Shirley, a social worker, helps patrons with everything from getting IDs and social security cards to finding resources like food aid and medical care to filling out job and rental applications.

The Services Navigator position is fairly new – it started with an Iowa Department of Public Health grant in 2020 and continued as a part time position as part of the library’s regular budget after library leadership saw its initial success and how it aligned with the wider library goals.

“I think we do a thing that makes our community better, and ultimately, that’s what I want to try do with my time – make the community a better place to be for everybody,” Shirley said.

He said being at the library is important because he meets people where they are.

“There aren’t many public spaces anymore. The library is one of the last bastions of public space,” Shirley said. “Being physically present in a place where people congregate makes such a difference in being able to connect with them, in connecting them with resources.”

Sometimes those connections start with being a listening ear for a patron.

“Sometimes it’s just being here for people who just want to come in and talk,” Shirley said. “People just want to be seen and be heard.”

The position is contracted through Willis Dady Homeless Services, where Shirley also works. That means he already has relationships with many of the unhoused patrons whom he helps at the library.

Because of the trust he’s built, Shirley can help defuse situations that in the past may have ended up with the police being called. Reducing police contact at the library is a goal of library leadership, Public Services Manager Todd Simonson said.

“We want a welcoming approach. To make the library a welcoming part of the community is important,” he said. “This position is a bridge, to build connections, build trust, and offer support to patrons.”

Shirley said having a Services Navigator at the library helps all patrons, no matter their circumstances.

“Homelessness is a reality in our community, no matter how many people want to ignore it and shove it aside. The best thing we can do is create opportunities for people to move out of that instead of pushing them aside and hoping we don’t have to see them,” he said. 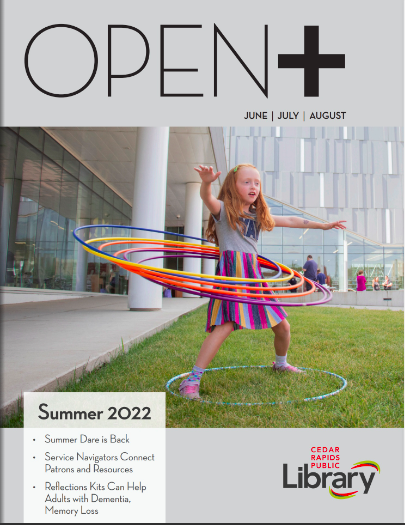 This article is from the summer edition of OPEN+ magazine, available at the library and metro-area Hy-Vees.

Stay Up to Date!

Get the latest updates about what’s happening at the library.
Sign Up